Get The Look of Mad Men’s Peggy Olson!

Starting out as a naive, innocent secretary, Peggy Olson grew up and learned how to be successful in a man’s world. She stood out among the secretaries, gaining her first account helping clean up after testing lipstick. After a life changing event, Peggy experienced new places and people, expanded her mind and became braver.

When Peggy stood up to Don Draper, she became Don Draper’s protege and asked for what she felt she deserved. Slowly she worked her way up to respected copywriter, even taking the lead on accounts. While she is good at her job, Don does help keep her modest, taking her down a peg when she demands too much. Her relationship with Don becomes stronger the longer they work together – building a relationship on honesty, respect and mutual admiration.

Pete and Peggy also have a very intriguing relationship. After their brief affair in the first season, the two have a respect for each other, and are connected and willing to help each other even if unintentional. With Joan, Peggy was a project. Joan helped usher Peggy into womanhood, showing her the correct way to do things, as well as commiserating with her when the men are stupid.

Peggy has not always been the sharpest dresser. In the beginning her outfits were very youthful, innocent and demure and she complimented them with classic pearls and a gold watch. Her colour palette began with darker neutrals, but as the show ensued Peggy became more adventurous. Peggy’s style continues to change, and so does her outlook on life, as she learns who she is.

With her style and attitude, Peggy straddles the line between mature adult and naive youth. Peggy began the show in darker, neutral colours. While she showed a love of prints early on – mainly plaids – Peggy always went for a more demure shape. With simple accessories, and a pair of Mary Jane’s, the look feels older.

Blouse, Skirt, Ring, Watch, Shoes
Gaining more confidence as a copywriter, Peggy begins to experiment more with colour. She keeps the plaid but makes it pop with a touch of colour. The bright top with the more muted skirt shows Peggy is trying new things. While she still looks youthful, her experiments with colour show she is expanding into her own generation, rather than trying to fit into the past.

Peggy got rid of the horrendous bangs, met a new friend and began her adventure in the world of the beats. Pairing a bright shirt with a muted skirt, is perfectly in line with Peggy’s aesthetic. This look is simple and ravishing.

Blouse, Skirt, Vest, Shoes
As the show moves towards the seventies, new and different patterns and colours become a staple. Peggy keeps bows in her aesthetic but steps it up with a bigger blouse bow. The bright top contrasts the darker skirt and vest giving the look a pop of colour. With her ever changing look, Peggy will be the person to look out for in future seasons.

Check out the other Mad Men Get The Look posts: Betty Draper Francis and Joan Harris!

Don’t forget to vote on which Get The Look series you want to see next! 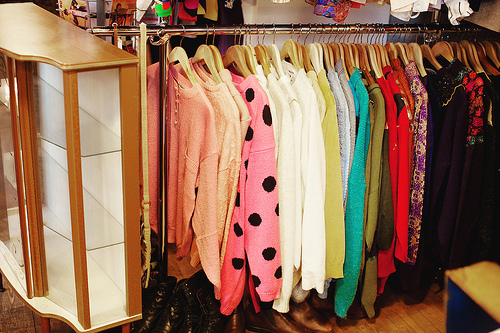 Are You a Shopaholic? 3 Steps To Fixing Your Addiction 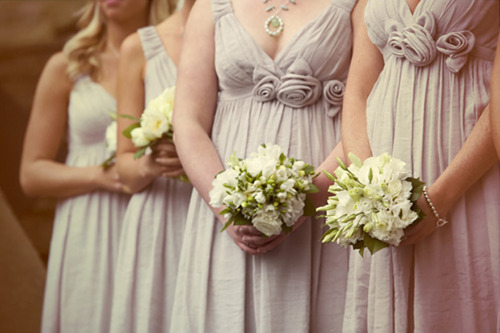 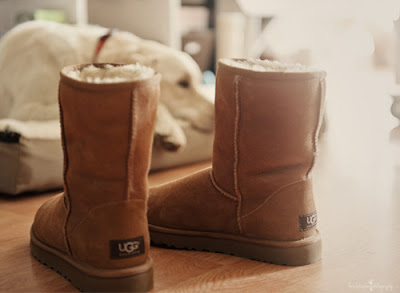 Love it or Hate it: Uggs!