Get The Look of Glee’s Mercedes Jones!

Mercedes Jones, portrayed by Amber Riley, is a force to be reckoned with. Her loud, vivacious personality matches her powerful voice. While Jones is not always recognized for her talent, she never stops trying. Even if it means battling  powerhouse – and eventual friend – Rachel Berry.
Jones was the first to audition for New Directions, and was hardly recognized for her talent. While she was given some solos – mainly in the middle of the song to showcase a powerful voice – she was never the star.

Instead of sitting back and taking it, Jones made sure everyone knew she was more than just a backup singer, taking solos with the Cheerios and eventually jumping to The Troubletones. Jones’ strong voice is recognized in the end when viewers found out she received a recording contract at an indie label in Los Angeles.

Jones is great at mixing bright, loud colours and patterns with neutrals. Her style helps to accentuate her fierce personality and show her fearlessness. Her style never faded, only matured throughout the years. Her look in the beginning was very young and adventurous, mixing and matching. By the end of the third season she had discovered who she was, keeping the flashy attention grabbing pieces but using them in more toned down and mature ways.

Jones likes loud prints to match her larger than life personality. With the tight patterned skirt, the loose, neutral shirt helps to give the outfit volume without making it over the top. Jones also loves bling and uses her boots express this. While the outfit looks simple, the little aspects help Jones stand out.

The most recent trend of patterned jeans is right up Jones’ alley. With the toned down colour in the print, Jones uses her shirt to add a pop of colour to the outfit. The silver jewelry takes the outfit up a notch showing Jones is high fashion and trendy. Even the blinged out shoes show Jones’ penchant for glamour, taking a somewhat masculine skateboarding shoe and adding a feminine touch.

This last look shows Jones’ fashion maturity. She kept the patterned pants but made them a neutral. The sequined jacket adds sparkle to the outfit while the bright pink shirt adds a much-needed pop of colour. This outfit is classy but still youthful. 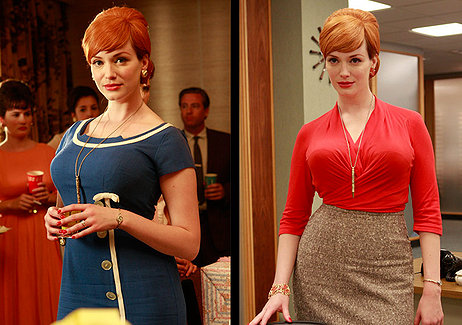 Get The Look of Mad Men’s Joan Harris! 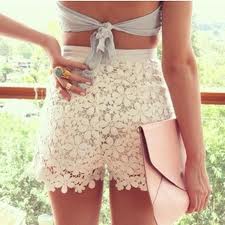 How to Wear Lace Shorts 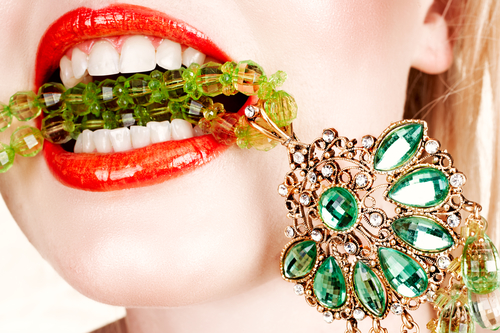 The Envy Is Real: Green Is the Color for Accessories This Fall