Get The Look of Glee’s Kurt Hummel!

Kurt Hummel, played by Chris Colfer, is the first openly gay boy at McKinley High. Before graduating Hummel was a member of the New Directions, briefly played on the McKinley Titans and had a stint on the Cheerios. Hummel lived with his father Burt after the death of his mother when he was eight. Burt struggled with his son’s sexuality at first but he became his most ardent supporter.

Hummel began the series as a closeted homosexual, although his flair for fashion and personality showed most people knew his secret. Hummel and his best friend Mercedes Jones join the Cheerios when they feel their solo talents are being overlooked. While the glee club was not enthralled with their new allegiance, they accepted the fact that they wanted to branch out.

Attempting to get closer to star football player and glee club member Finn Hudson, Hummel sets up his father with Hudson’s mother, Carole. When his plan backfires and Burt and Finn bond over their love of sports, Hummel tries to become more ‘butch.’ Hummel’s attempt doesn’t last long, as he realizes his father loves him no matter what.

When Burt has a heart attack, the glee club bands together to help Hummel through the hard time. Hummel does not take this well and yells at his friends, not knowing what to do about his feelings. Burt survives and their relationship grows closer. Burt and Carole’s relationship also becomes closer and the two marry.

By the middle of season two Hummel’s assaults and verbal attacks by football player Dave Karofsky cause him to change schools. At Dalton Academy Hummel finds a new crush – another openly gay student named Blaine. Hummel joins the glee club, The Warblers, and though the members of New Directions miss him, they support him and his new team at sectionals.

Hummel and Blaine begin their relationship by the end of the second season, Blaine realizing his feelings after Hummel sings a rousing rendition of “Blackbird.” While Hummel loves The Warblers, he does not feel happy at Dalton Academy and returns to McKinley High. Karofsky, being blackmailed by Santana Lopez for being a closeted homosexual, stops bullying and co-creates the Bullywhips which will ensure Hummels safety.

The beginning of the third season focus’ on Hummel and Rachel Berry’s attempt to attend The New York Academy for Dramatic Arts. Hummel’s boyfriend Blaine also transfers from Dalton to McKinley in order to spend more time together, and make their last year memorable. Hummel is rejected from NYADA and is left pondering his future.

Hummel is by far the most stylish member of New Directions. He knows the best designers, pays attention to trends and understands what looks good on him. His style evolves throughout the seasons, showing his growth into a confident, mature adult. His style begins with statement pieces and flamboyant headgear. He loves layering pieces and is usually covered. His style begins to evolve into patterned suits, finding various new ways to stylize them. In the newest pictures from season four, his style shows a transformation into a more sophisticated, professional and put together look. While he began stylish, his evolution shows he understands the changing trends and can adapt.

Hummel’s love of suits is very apparent throughout the show. Since menswear is becoming a huge trend, pairing a loud pair of plaid pants with a more muted blazer will showcase the trend without going overboard. Bowed blouses are also a favourite, and transform the bowtie into a more feminine look while still giving off Hummel’s initial impression. Pairing the outfit with a light pair of oxfords keeps the look in the menswear sphere while keeping the look soft.

This still from the upcoming season of Glee shows how Hummel has evolved into a stylish, sophisticated man. He keeps his flair with the polka dotted tie, which I made into a scarf, giving the look a more feminine feel. The pop of colour comes from the shoulder bag, giving visual interest. Hummel returns to his season one look with the lighter jacket and black pants, keeping the look professional while still being chic.

Check out my other Glee Get The Looks: Rachel Berry, Quinn Fabray, Emma Pillsbury, Brittany S. Pierce and Artie Abrams. 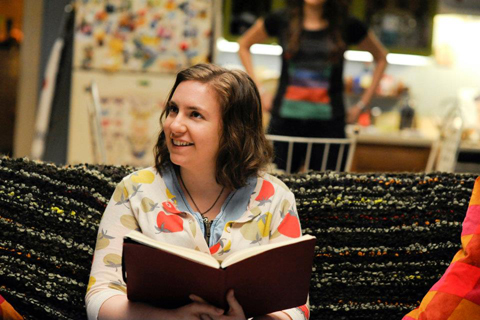 Get The Look of Hannah from Girls! 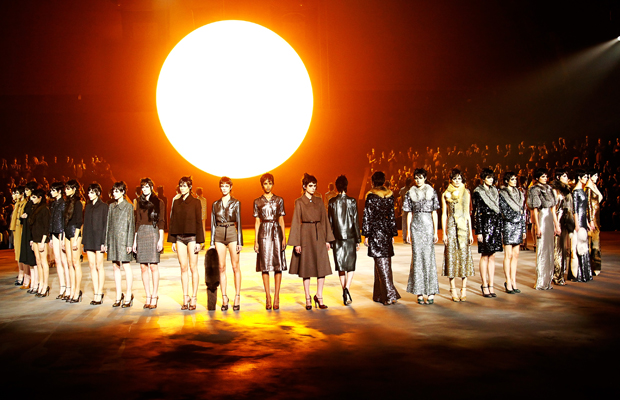 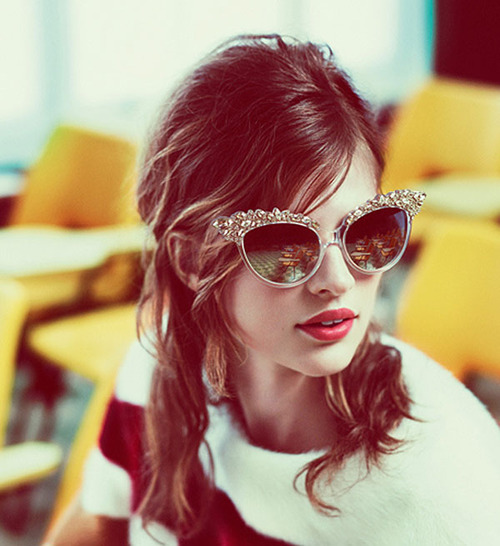